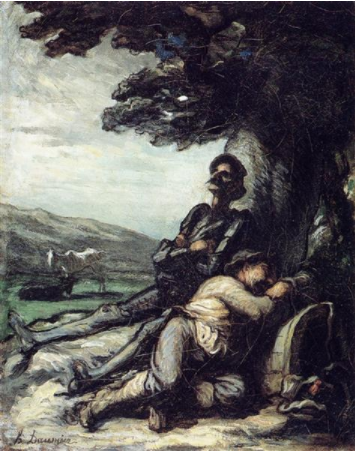 Many excellent scientists and physicians have challenged the scientific merit and overall wisdom of the COVID-19 mass vaccination campaign. Throughout the pandemic these scientists and physicians have shared their thoughtful and scholarly analyses and deep concerns with those who have been promoting the vaccination campaign. In addition to sharing their analyses, these scientists and physicians have repeatedly asked the promoters of the vaccination campaign to engage in healthy, respectful, scientific dialogue with them. They (the challengers) have believed that engagement in respectful dialogue is a fundamental and necessary principle of science and medicine and is particularly necessary when there are disagreements regarding important complex issues.

Unfortunately, the efforts of those scientists and physicians who have challenged the mass vaccination campaign have been met with silence, or worse. When they have shared their analyses with promoters of the vaccination campaign, the promoters have either remained silent or summarily and falsely dismissed the analyses as misinformation/disinformation. Even worse, many scientific challengers have been smeared, “debunked,” censored and threatened with job loss or de-licensure. Some have lost their jobs.

The promoters of the COVID-19 mass vaccination campaign can be divided into two main groups: 1] the key architects and promoters of the campaign—e.g., the leadership at the CDC, NIH, White House COVID-19 Task Force, WHO, and, of course, the pharmaceutical companies—and 2] those who have more passively acquiesced and complied with the campaign—i.e., the majority of physicians (including academic physicians and scientists) and a large percentage of the public. Silence has been the primary response from both of these groups, when the challenging scientists and physicians have shared their analyses and have tried to engage both groups in scientific dialogue.

Many of the most powerful promoters of the vaccination campaign are deliberately and knowingly using this silence as a preferred tactic to avoid dialogue and to give the public (and the challengers) the false message that challenges to the prevailing narrative are so misinformed and so bereft of scientific merit that they are not worthy of comment.  Some of those most powerful promoters probably know full well that they are the ones who are providing misinformation/disinformation; others may strongly believe that their understandings are correct. Other promoters of the vaccination campaign, particularly those who have passively acquiesced and complied, are choosing silence either because they have not critically examined the science involved—and are trusting and dutifully following the leading promoters of the campaign and are assuming that they (both the leaders and the passive followers) are “doing the right thing”—or because they are afraid to disagree with the prevailing narrative (out of fear of reprisals).

There is another reason why promoters of the prevailing narrative have remained silent. Many, in both groups, worry (or know) that if they engage in dialogue the weakness of their position and the shallowness of their knowledge will be exposed. Rather than accept the scientific and ethical responsibility of exposing their beliefs to rigorous scrutiny, they choose silence.  This choice goes against important fundamental principles of science, medicine, and ethics. As scientists and physicians, we have an ethical and scientific duty to engage in dialogue—especially about such profoundly important and complex issues as COVID-19.

The silence on the part of the promoters of the COVID-19 mass vaccination campaign—i.e., their refusal to comment on the thoughtful analyses of challenging scientists/physicians and their refusal to enter into any scientific dialogue—represents an abusive tactic, especially when used as a deliberate tactic, but also when more innocently used by the most passive promoters of the campaign. It represents a powerful form of psychological abuse that can adversely affect not only those who challenge the prevailing COVID-19 narrative but also the Public. It belittles and dismisses the challengers by giving the message that the challengers’ analyses and concerns are so bereft of merit that the challengers do not deserve a response—other than to be labelled as purveyors of harmful misinformation/disinformation and to be told that they (the challengers) should be ashamed of themselves for even questioning the prevailing narrative. Those key promoters who are deliberately using silence as a tactic are hoping to undermine the self-confidence and self-esteem of the challengers to the point where the challengers shut up and shrink away in shame. This anticipated effect on the challengers is used as an example to give the same message to and have the same crushing effect on the general public.

Silence is, indeed, one of the most effective, harmful, and deceitful forms of abuse.

This tactic of silence is particularly abusive when used by those key promoters who know full well that they are the ones who are spreading misinformation and disinformation. The silence is less egregious when the igNORance (of the challengers’ analyses and concerns) is primarily due to IGnorance of the science, as is often the case among the passive promoters of the campaign. IgNORance and IGnorance are made even worse when arrogance, intolerance, and intransigence are added—which is the case with many of the key architects and promoters of the campaign and some of the more passive promoters.

The abusive nature of such silence has been under-appreciated.  The Public should be fully aware of this tactic and hold the powerful (both the key architects and the passive followers) accountable for using it. The passive followers of the vaccination campaign, who have tended to believe that their silence has been heroically protecting the public from misinformation, should realize how abusive and psychologically harmful their silence has been; and how scientifically mistaken, misguided, and medically harmful their understanding of and their silent compliance with the mass vaccination campaign has been. Their silent compliance has been psychologically and clinically harmful to billions of people —a quite unheroic and unprotective act and result, to say the least.

Fortunately, most of us who have challenged the prevailing narrative have been sufficiently strong, scientifically knowledgeable, and wise to comprehend and repel this abusive silence.  The ongoing silence has required us to exercise extraordinary patience and discipline, while continuing our deep study of the immunology, virology, vaccinology, and evolutionary biology of the COVID-19 situation. Nevertheless, the chronic/recurrent frustration that this powerful and intransigent form of abuse tends to generate within us can severely test our disciplined patience and can cumulatively take a toll—especially on those of us who care deeply about Humanity. But we must repel the frustration and we must focus, instead, on the healthiest aspects of human nature and on thoughts about how to create greater understanding of the COVID-19 situation and better responses to it.

To my fellow challengers I suggest this: Be aware of the tactic of silence and its abusive nature. Call it out but do not let yourself fall victim to it. Let it strengthen your resolve and your self-respect, rather than weaken either. Let it strengthen the clarity and kindness of your thinking and actions. Let it create the opposite of the intentions of abuse. Assiduously avoid becoming like the abusers. Deflect the frustration by focusing on how fascinating the pandemic situation has been—scientifically, medically, ethically, geo-politically, economically, socially, culturally, philosophically—while not losing sight of how tragic and criminal the mis-management of the pandemic has been for Humanity. Deflect frustration with heightened resolve and disciplined patience. Replace isolation with solidarity. Focus on dogged determination to create and explain a high and broad understanding of the pandemic and the social, philosophical, economic, and geopolitical context in which it has occurred.

Finally, focus on the opportunity that this pandemic has created to replace the current “mean arrangements of man” with new social, economic, cultural, geo-political, and health care arrangements that can create new heights of social beauty and prevent such mean arrangements from prevailing again in the future. For example, exposure of specific and broad pandemic truths can open the door to the following:

Afterword: Throughout the pandemic many scientists and physicians have shared their concerns about the management of the COVID-19 pandemic and have called for healthy, respectful, scientific dialogue to listen and respond to all opinions, all hypotheses, and all data. We have repeatedly shared our analyses and concerns with promoters of the COVID-19 mass vaccination campaign.

But there has been silence (and worse).

But we must believe that search for truth will prevail over simplistic statements that obscure.

That properly practiced science, medicine, and ethics will prevail over malpractice and malfeasance.

That disciplined patience and dogged determination will prevail over intolerance and intimidation.

That patient and public education will prevail over authoritarianism and indoctrination.

That the “mean arrangements of man” can be replaced by “vast fields of public activity” and new social arrangements that foster “Social Beauty.”

The vast majority of people do care.

The vast majority of people will increasingly listen.

Soon the silence will be broken and deep questioning will come forth, like a fresh karst spring that tumbles exuberantly down the mountain side.

And abusive silence will be replaced by an outpouring of respectful conversation and uplifting acts of human goodness.

*The phrases “mean arrangements of man,” “vast fields of public activity,” and “Social Beauty” are borrowed from Victor Hugo’s novel Les Misérables. The paintings at the beginning and end of this essay are Honore Daumier’s depictions of Don Quixote. Daumier and Hugo were contemporaries and good friends. For more on Quixote, see: A Tribute to All the “Quixotes” who have Challenged the COVID Mass Vaccination Campaign.

Note to Reader: The titles (above) that appear in blue represent essays that are posted on the Notes From the Social Clinic Website (www.notesfromthesocialclinic.org). By hovering over the titles, the reader may click on them to immediately access the full essays. 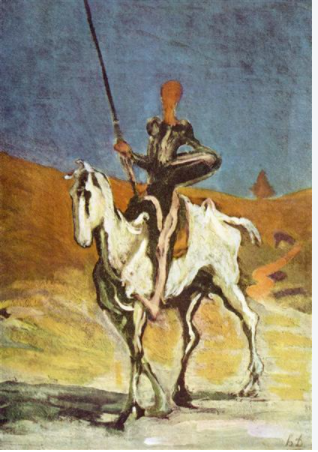 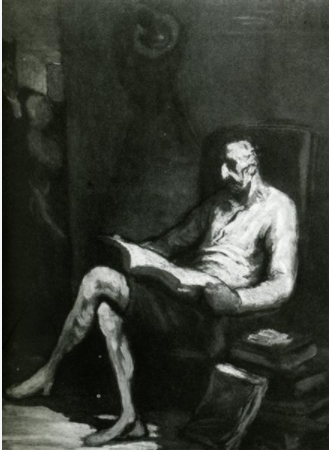